The conference was held in conjunction with the 8th Tokyo International Conference on African Development (TICAD 8) in Tunisia, with the aim of expanding collaboration between Japanese and African universities in the fields of science, technology, and innovation in both quality and quantity. The conference was attended by presidents and vice presidents of 12 Japanese universities and 9 universities from 9 African countries, mainly those implementing SATREPS (Science and Technology Research Partnership for Sustainable Development) (the conference was originally scheduled to be held in the capital city of Tunis, but due to the Corona disaster, it was changed to an online conference).

The first half of the meeting began with opening remarks by Dr. Kazuhito Hashimoto, President of Japan Science and Technology Agency (JST) and Mr. Yosei Ide, The State Minister of Education, Culture, Sports, Science and Technology (MEXT), followed by lectures from Japan and Africa, and a proposal from JST for inviting researchers from Africa under the Sakura Science Program. In the latter half of the meeting, the participating universities were divided into two groups for the President's Round Table, where Vice President Kondo introduced the characteristics of the university's research and an overview of exchanges with African students and universities, in a group of the University of Dar es Salaam, Tanzania, which is jointly promoting the SATREPS project with Shizuoka U (Representative: Specially Appointed Professor Takeshi Sako), as well as universities in Ethiopia, Egypt, Kenya, and Algeria.

In the future, we expect further activation of academic exchange with universities in African countries. 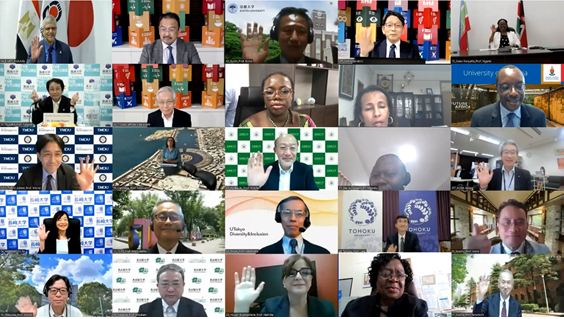 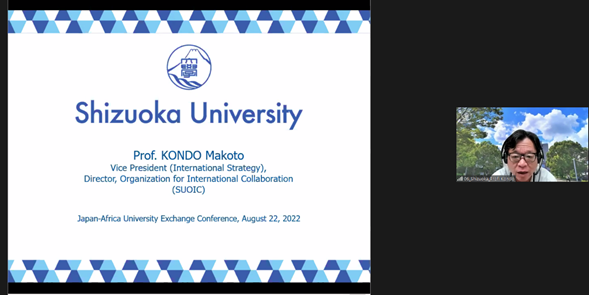