The 10th ESD Forum was held at the JPTI6 Sustainable Development Consortium, a consortium with partner Universities for SDGs/ESD promotion

The 10th ESD Forum with partner universities was held online on Thursday, November 24, 2022. This forum was held by the JPTI6 Sustainable Development Consortium (JPTI6 SDC)*, a consortium established at the 9th Forum last year to promote SDGs and ESD among six universities from four countries.

The forum was held online with Srinakarinwirot University (SWU) and Burapha University (BUU) in Thailand as the organizers and opened with opening remarks by President Somchai Santiwatanakul of SWU and President Watcharin Gasaluck of BUU. From Shizuoka University, Dr. Nobuyoshi Shiojiri, Trustee and Vice President (Education and Affiliated Schools), shared his expectations and enthusiasm for the ESD Forum and the JPTI6 SDC, together with the presidents of Mariano Marcos State University (MMSU) in the Philippines and Universitas Gadjah Mada (UGM) in Indonesia, which are the JPTI6 SDC members.

The morning session began with a keynote speech by Dr. Sukit Limpijumnong of the National Science and Technology Development Agency (NSTDA) of Thailand, followed by 20 presentations on four themes (Transformative Education, Post-Covid, Gender Equality, Affordable/Green).
The participants exchanged opinions about their initiatives and common issues and interests. From Shizuoka University. four faculty members introduced their own initiatives and research, and one moderated a session on the theme.
In the afternoon, Dr. Denchai Prabjandee of BUU gave a keynote speech, followed by a summary and discussion of the presentations in the morning session by each moderator, and the closing ceremony was successfully held.

It is expected that the JPTI6 SDC, including this ESD Forum, will continue to be used as a platform for various initiatives.

*The JPTI6 SDC was formed in December 2021 with the expectation of further development of inter-institutional exchanges through expansion of themes based on the results of research and educational exchanges with several overseas universities that have been conducted mainly by faculty members of the Faculty of Education through the "ESD International Forum on ESD". 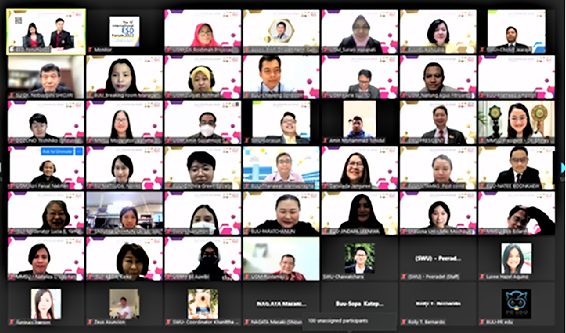 Representatives of each university (second row from the top, left: Dr. Shiojiri, Trustee of Shizuoka U.) and presenters and moderators 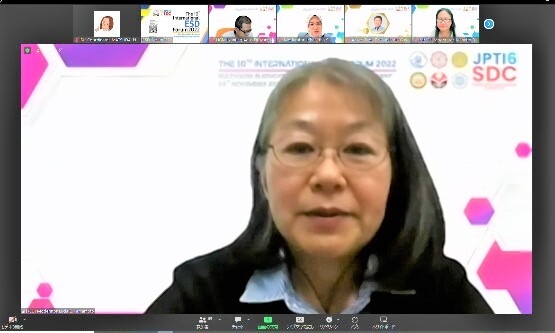 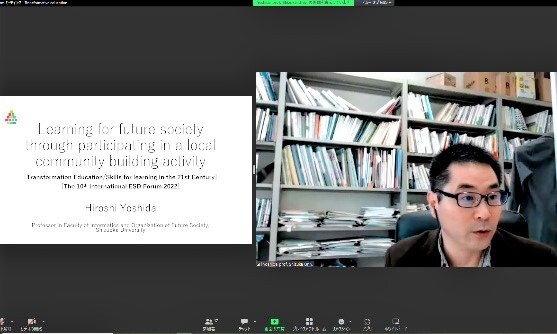 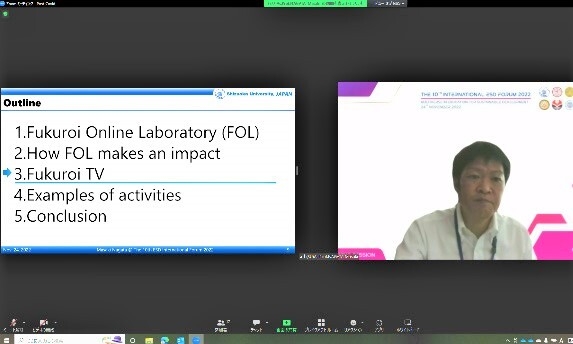 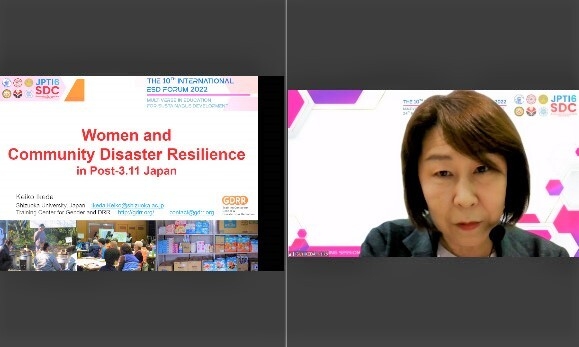 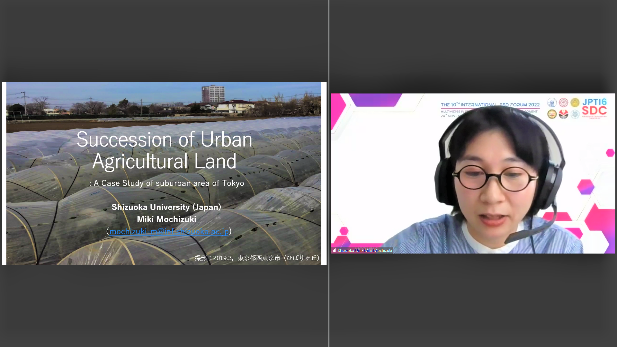